The latest iteration of China’s decade-old strategy of promoting indigenous innovation, “Internet Power” signals that the Party is no longer just reactive to the existential threat of the Internet; it is now seeking to utilize it for its own economic and political ends. 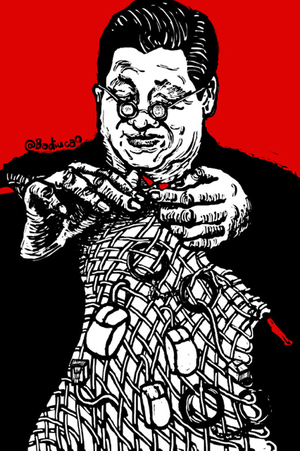 In 2013, the Party conducted a major reform of China’s Internet policymaking organs, creating a Central Leading Group for Cybersecurity and Informatization. This group is led by President Xi Jinping and tasked with developing broad Internet policy. In conjunction, the previously under-utilized State Internet Information Office was renamed the Cyberspace Administration of China (“CAC”) and empowered with regulating online content.

Speaking at the inaugural meeting of the Cybersecurity Leading Group in February 2014, President Xi first introduced the idea of building China into an “Internet Power”:

Cybersecurity and informatization concern national security and national development, and are a major strategic issue for the work and lives of the masses. [We] must … seek innovation and development, working hard to build our nation as a strong Internet power.

At first, Internet Power was mentioned only in journals of Party theory, but later the concept received significant attention in Chinese media following its insertion into the November “2015 Guidelines for the 13th Five Year Plan” and into President Xi’s December 16 keynote speech to diplomats and representatives of major tech companies at the second World Internet Congress in Wuzhen, China.

State media reports in December indicated that Internet Power will be one of the key strategic policies in China’s forthcoming 13th Five Year Plan.

Under China’s unique blend of authoritarian capitalism, the Five Year Plan plays an important signaling roll for the nation’s economic stakeholders (think of a Janet Yellenpolicy speech, writ large). Banks, local officials, large companies, and entrepreneurs all know to take their cues from the Five Year Plan to show conformance with Party requirements and bolster their economic fortunes.

Though it has yet to be defined explicitly, state media commentary examining and effectively promoting the policy typically has discussed Internet Power in conjunction with four major themes: cybersecurity, economic development, soft-power, and cyber-sovereignty. 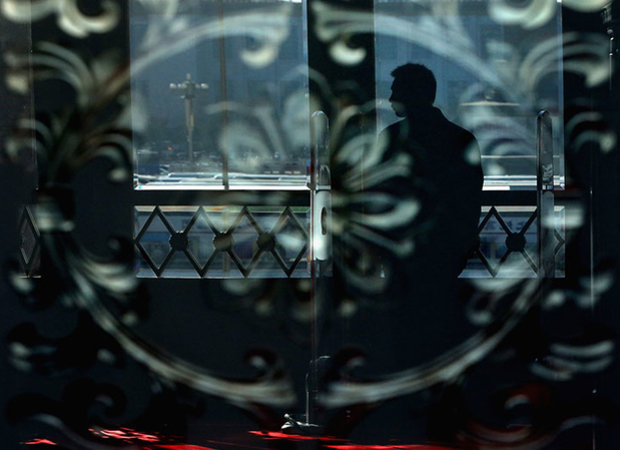 Will China’s New Anti-Terrorism Law Mean the End of Privacy?

“Cybersecurity,” however, has been used by the Communist Party to increase its supervisory powers. For example, an Anti-Terrorism Law passed in December 2015requires companies to assist P.R.C. government authorities in carrying out terrorist investigations by providing “technical interfaces” and “technical means of support” as well as encryption keys for any data located on their private computer servers. China also has promulgated a new national security law and several industry-specific regulations that call for technology imported into China for use in certain sensitive industries to be “secure and controllable”—an imprecise term that multinationals and industry groups fear may be used to force foreign companies to install back doors or hand over source code.

Although multinationals have been partially successful in pushing back against these provisions, they face an uphill battle given the centrality of cybersecurity to Chinese national security policies. These collective efforts also are hampered by some international technology firms’ apparent willingness to deliver technology to China in exchange for market access, even when such transfers may implicate national security concerns back home.

Promoting Economic Development Through Internet Plus

China’s desire to become an Internet Power also has a significant economic component. As China seeks to transition its economy away from investment-led growth toward growth fueled by consumption, the Party has recognized that Internet Power may be the nation’s best hope of ensuring sustained economic growth and national prestige.

This hope includes the recently introduced concept of “Internet Plus,” which seeks to promote Internet technologies such as big data and cloud computing as a means to transform and upgrade traditional industries. In July, the State Council published an Internet Plus Action Plan that calls for greater adoption of cloud computing, the mobile Internet, big data, and the Internet of Things, and asks Chinese Internet companies to increase their international presence. This plan is augmented by the “Made in China 2025” plan, which seeks to promote advanced technologies to help turn China into a “green and innovative” world manufacturing power in the next decade.

China also has announced plans to invest 2 trillion RMB (U.S.$323 billion) by 2020 to upgrade its national broadband and 4G capabilities, with the intention of providing Internet access to its entire population.

As reported in China Daily, “these policies have formed the major content of the Internet power strategy and will be conducive to realizing [China’s goal] of becoming an Internet Power.” Together, these policies suggest a concentrated application of state power, funding, and incentives to reshape China’s domestic economy. Although concrete targets have yet to be set, we can expect to see further details in the upcoming Five Year Plan and its future implementing regulations.

China’s governing elites have long sought to grow the country’s soft power, or the “ability to shape the preferences of others through appeal and attraction.” With the global reach of the Internet, China sees a new potential channel for this dream.

China’s most recent, and perhaps most significant, soft power push began in 2011 when the Party devoted a plenary session to the topic of culture, concluding with a “communiqué declaring that it was a national goal to ‘build our country into a socialist cultural superpower.’” Following that session, government and private actors embarked on a global media buying spree, further expanding the presence of China’s state-run CCTV news channel while also completing a number of global media acquisitions, including Wanda’s purchase of the AMC movie theater chain and Alibaba’s recentacquisition of Hong Kong’s South China Morning Post.

But where China long has focused its soft power push on traditional (and increasingly obsolete) media, it is slowly waking up to the power of online media to shape global opinion. China’s propaganda organs recently have displayed a savvy understanding of online memes and Internet culture, producing viral videos for the 13th Five Year Plan, the second World Internet Congress, and even deploying what can only be described as “clickbait with Chinese characteristics” on the online website of the People’s Daily. (Sample headline: “Chairman Xi Discussed These Eight Things with Americans. We Should Definitely Listen.”)

These efforts are set to continue. In the 13th Five Year Plan guidelines, the Party explicitly calls for the government to use the Internet to promote soft power, stressing the need to “strengthen online ideological culture, carry out the building of Internet content, develop a vigorous and progressive Internet culture, and purify the online environment.” These efforts likely will result in further state and private investment in online media to promote Party narratives across the globe, along with a continued domestic crackdown on content considered “unhealthy” by the Party. The full plan is expected to be released in March.

China is continuing its efforts to institute the principle of “cyber-sovereignty” as a global regulatory norm. Cyber-sovereignty is a concept that holds that national governments should have the right to supervise, regulate, and censor all electronic content transmitted within their borders. By empowering national governments to regulate online content, this approach sharply differs from the multi-stakeholder approach to Internet governance, which long has viewed the Internet as best governed by a coalition of stakeholders including governments, business, civil society, and technology experts.

Cyber-sovereignty now is the dominant objective of China’s international engagement on Internet governance. It is the focus not only of a sustained diplomatic campaign in the U.N., but also the main theme of President Xi’s keynote speech at the World Internet Congress. By pursuing cyber-sovereignty with such vigor, the Chinese government hopes to legitimize its own top-down control system over the Internet, while also diminishing the long-held role the U.S. has played as the Internet’s principal custodian.

At this early stage, China’s conception of Internet Power appears to be an umbrella term for a number of independent policies related to the Internet. Like China’s long-held drive to build a “moderately prosperous society(xiaokang shehui),” Internet Power is a general policy target that can be fulfilled only through the successful implementation of its supporting policies.

The inclusion of these policies in the upcoming Five Year Plan indicates the Party’s recognition of the central role of the Internet in promoting domestic innovation and transforming China’s Internet economy into a world leader.

Still, as the CAC’s recent ode to Internet power attests, sometimes government master plans need more than just a catchy theme. China’s government-led investment schemes are not without a history of past failure, and Internet Power must successfully navigate the perils of capital misallocation and excess investment if it is to succeed.

These Are The U.S. Products That Sell Well On Alibaba’s Tmall PostNord announces new collaboration with Alibaba
Scroll to top